If you’ve been struggling to make ends meet and you have a passion for gaming, here are some of the best game apps to win real money that you should be downloading.

These win real money games can help you to pay off debt, save money for a vacation, or have some extra cash laying around. Whatever your goal is, you can start making money today on the following free apps.

We’ve broken down these apps into different categories, ones that help you earn money right away, ones that require some work, and ones with daily drawings for cash.

No matter what option you choose, be prepared to put in some time playing games to earn money. Here are the best game apps to win real money:

Apps for Earning Money Right Away

Sometimes we just need to make money quickly. So what apps pay you instantly? These game apps to win real money will help you earn money instantly.

Users who sign up for this application will automatically receive $5 as a signup bonus. InboxDollars offers a variety of different games, and players can win either gift cards or cash by playing them.

However, there needs to be a minimum amount of $30 in an account before users can withdraw cash winnings. Another drawback is that some games that are downloaded have some invasive features, so players need to be careful before playing certain ones.

However, a bigger plus is earning a few extra dollars each hour you spend playing.

There are two sections of games within this app. The first is arcade games ranging from Mahjong Solitaire to Candy Jam. The second is WorldWinner GAMES which includes poker and Wheel of Fortune. This is also a section where players can enter cash tournaments.

Overall, it is a pretty good way to make money playing games but there are better options.

The game apps to win real money will help you make money for playing and winning.

Mistplay rewards players for each game they play within it. Since game developers know that players are inundated with numerous new games to play daily, Mistplay gives them a place for discovery and testing on audiences.

Players earn points for each game they play, and accumulated points can be traded in for money. Usually, a gamer has to stay on their selection for 2-5 minutes before starting to receive points. Another part of this game is submitting a review of the game played for the developer to receive and take into consideration.

The application homepage breaks play down into three steps. First, discovering games players want to try out. Next, play games for an extended period of time in order to build up points. And finally, redeeming points for rewards. Overall, Mistplay is worth a download as it is one of my favorite games that pay real money since no deposit is required.

If a gamer enjoys playing against another person in real-time, Solitaire Cube is a good option. This app allows gamers to play a faster version of Solitaire against someone else on the globe. There’s a 5 minute timer running so players only have a small window of time to make moves.

There are two ways that individuals can play on this app:

The first option is Practice League. Here, players can enter free matches, as many as they want, in order to receive two types of rewards. Z Coins are a form of virtual currency within the app that allow players to enter free matches. Whereas Ticketz (the apps other form of currency) can be collected t and cashed in for more tangible prizes.

The second option for play is Pro League. Here players have to deposit money to enter cash tournaments against other people. Gamers can cash out via PayPal whenever they choose.

As the name suggests, this application is all about pool. Players play one-on-one with each other for fun or money.

There are two ways of competition in Pool Payday:

In real-time, players face off head to head and take turns making shots to score points, who has accumulated the most points by the end of the game is the winner. If an individual is offline, players don’t have to wait their turn and simply play. The person with the highest score at the end wins.

Players can also participate in online tournaments. A higher score can be achieved by speed, ball position and called pockets. Trick and bank shots are awarded additional points too. All money transactions take place via PayPal.

If individuals are looking to earn gift cards to specific places like Amazon, Visa or Burger King, Boodle is a great option. Like the previously mentioned apps, players need to download the app, and play games within it in order to earn rewards.

It’s very similar to Mistplay, where developers are testing out apps on gamers. Users will need to answer questions after playing. Additional points can be earned by referring family and friends to the app or completing special offers.

It’s not necessarily an app for building up cash, but instead one for earning gift cards to certain places like stores, streaming networks, delivery services and more.

GameHag has a variety of games to choose from. From strategy to arcade games, this application rewards players with soul gems, which is their equivalent of points. Once a certain amount of these gems are gathered, players can cash them in for rewards. Most of the rewards are for prepaid gift cards like Mastercard or Amazon. There are also other options for points such as Nintendo Switches or 12 months of Xbox Live. Like the other apps on this list, points are dependent on how often gamers play within the app.

The game apps to win real money will help you make money with daily drawings.

A popular review website and app, there are many ways to earn extra money on Swagbucks. Its two most known methods of making cash are doing surveys and shopping online. People earn cash again by accumulating points or “Swagbucks.”

However, there is a gaming aspect to it as well. Under the “Games” tab, players can find a variety of options to choose from ranging from multiplayer, card, or action and adventure.

Similar to Mistplay, developers also use Swagbucks to beta-test their games on new users. But be wary, some games require players to spend money in order to play.

There are two ways of earning money playing games on this app:

The first is playing the games themselves, but in order to win money, users will need to hit in-game accomplishments or levels in order to receive payment. This will require some time from players in order to actually see worthwhile results.

The second option is to participate in Swagbucks Live. Formally known as Swag IQ, this is a trivia rewards game where players can enter daily contests, and win points based on the number of questions they get right. A warning though, individuals have to split the daily pot between all the winners, so even if the user gets all the questions correct, they may only win a small amount of money.

Hosted by Publishers Clearing House, this website has a wide range of games. Solitaire, mahjong, and slots are among the top options available.

By playing any game, PCHGames players accumulate tokens that can be used to enter drawings. Cash prizes of up to one million dollars are available in the app.

Tokens are also available to be used to purchase gift cards or merchandise. Aside from regular games, players also have the option to scratch cards or instant win games that have the option of winning up to $2,500.

As with many other apps on this list, Big Time Cash has a variety of games to play in order to earn tickets which can then be turned into cash. However, not all games will be unlocked when players first join it. There’s a daily cash prize drawing that users are automatically entered into for a small four figure payday.

For extra cash, users need to earn at least $10 before withdrawing winnings. But first, players need to hit a minimum of 10,000 points to earn ten cents. So be prepared to put in a lot of game time to hit big money within this app.

There are many options out there for mobile gamers to earn extra cash while doing the thing they love. Any of the applications mentioned above can help bring in either extra cash or prize winnings for logging in and playing games.

Get $50 for Sharing Your Internet Data

4.5
Download and Collect $50
Invest in the Background of Life and Get a $10 Bonus

5.0
PLAY YOUR FIRST BINGO GAME
Invest in Real Estate with $10+ 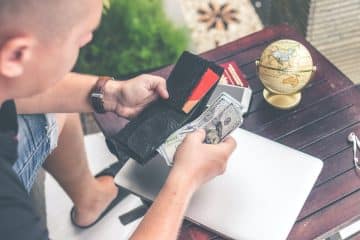 Need to make 70 dollars fast? I have outlined simple but effective ways to make a quick $70 online or more. These are more than a few of the best ways to make extra cash Read more… 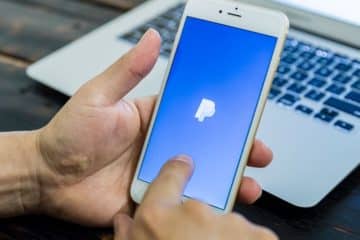 How to Get $1 on PayPal Instantly– We’re Serious

Are you interested in downloading apps that really make you money? I'm going to show you some new apps to get 1 dollar PayPal instantly. We are all broke. I know I've searched the web Read more… 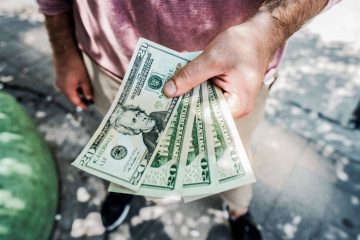 Need to learn how to make $20 instantly? Well with this article you can learn ways to make $20 dollars fast and per day, get started now. The Internet is filled (read as littered) with Read more…